Visualizations of the new Focus Hotel in Bydgoszcz

Soon the work on the latest hotel investment announced by Grupa Kapitałowa IMMOBILE will begin. The new Focus Hotel in Bydgoszcz will be reconstructed from an office building located by the Brda River. 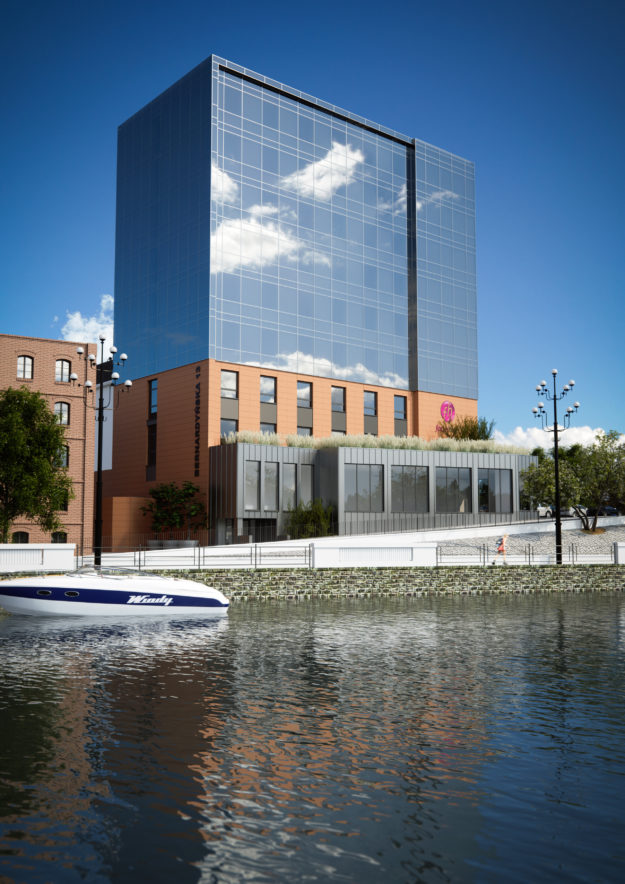 We present the first visualizations of the newest Focus Hotel in Bydgoszcz. Another facility in this city will be a modern hotel with a perfect location by the Brda River, a few minutes’ walk from the Old Market Square and close to major transport hubs such as the Rondo Jagiellonów and Plac Kościeleckich. The perfect location will make it ideal both for visiting the city on business as well as tourist. 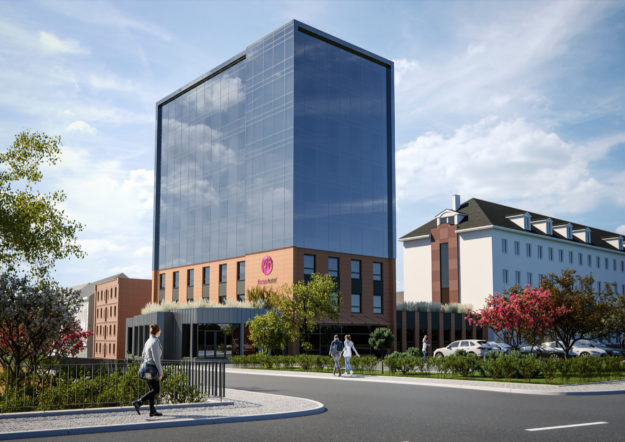 The hotel will be located in a revitalized building at Bernardyńska 13, which until now served as the 10-story office building. For years it has been the seat of, among others PROJPRZEM MAKRUM company. In mid-December 2018 this company informed in the current report on the sale of real estate to a subsidiary of Grupa Kapitałowa IMMOBILE – Hotel 1 Sp. z o.o. Currently, project work on the described investment is coming to an end. Construction works should start in the first half of this year. The contract engineer in this investment will be the leader of the Group’s development segment – CDI Konsultanci Budowlani. Piotr Bartkowiak from the Architektonika studio from Bydgoszcz is the author of the reconstruction project. 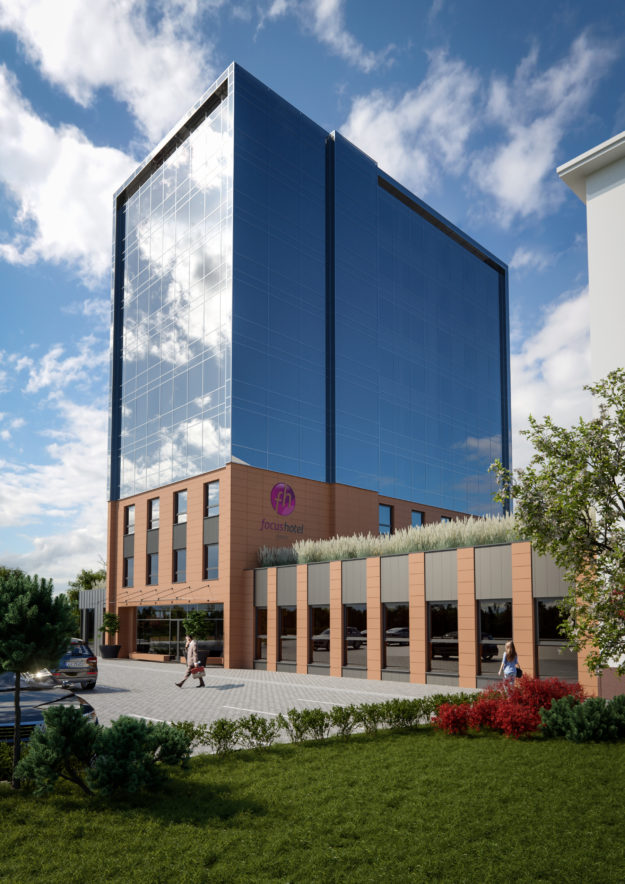 The new hotel in Bydgoszcz will join the family of 10 Focus hotels. The last facility which in October 2018 joined the network was a hotel in Poznań. In April a hotel in the premium standard in Sopot was opened. Other network hotels are located in Gdańsk, Szczecin, Chorzów, Bydgoszcz, Inowrocław and Łódź. In the construction phase there are two more – in Warsaw and Lublin, which will open in 2020 and 2019. In addition, the company is actively negotiating contracts related to new openings. 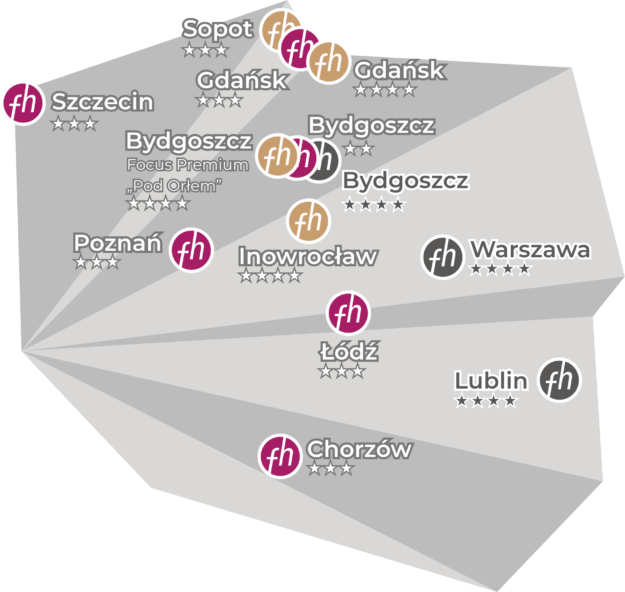