On Thursday, 8 February, on the premises of the IMMOBILE K3 office investment, a ceremony referred to in construction jargon as the ‘topping out’ took place. This event, which was an official closure of construction works on an office building, was attended by numerous guests. 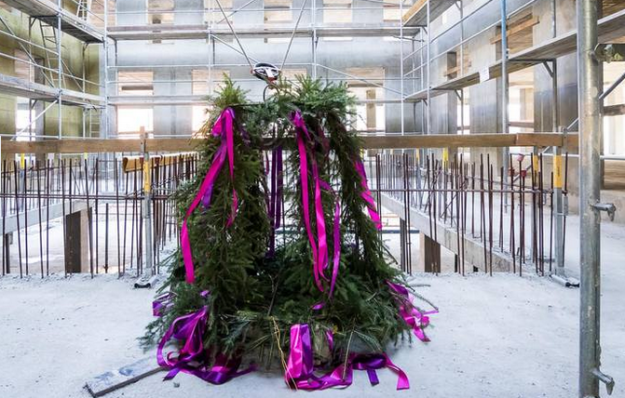 The solemn ceremony involving hanging of a symbolic perch above the buildings was attended by a great number of people such as builders and inspectors working on the investment, representatives of suppliers, design office with architect Karol Fiedor in the lead, staff members and representatives of management boards of companies from Grupa Kapitałowa IMMOBILE and journalists. Mayor of the city of Bydgoszcz, Rafał Bruski, was a special guest. 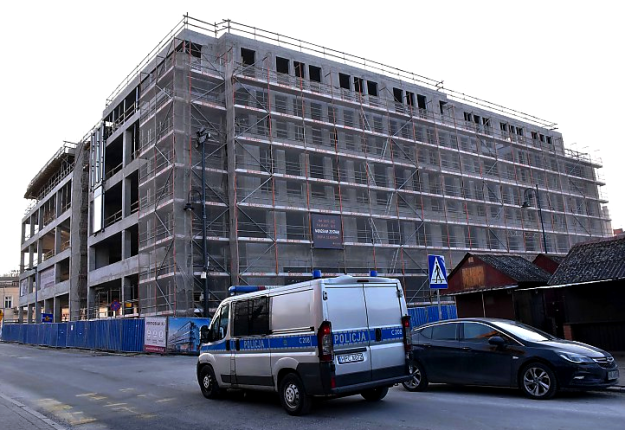 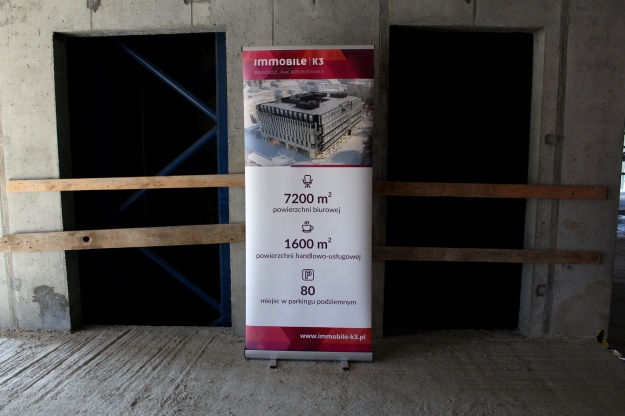 An official part of the ceremony included speeches delivered by persons related to the investment – project manager Maciej Daniel, sales and management director of CDI Maciej Wawrzyniak, deputy president of CDI company Jacek Kazubowski and architect responsible for the project, Karol Fiedor. Guests were also welcomed by Rafał Jerzy, president of the management board of the Grupa Kapitałowa IMMOBILE and mayor Rafał Bruski who told about his support for the IMMOBILE K3 project located in the heart of Bydgoszcz. 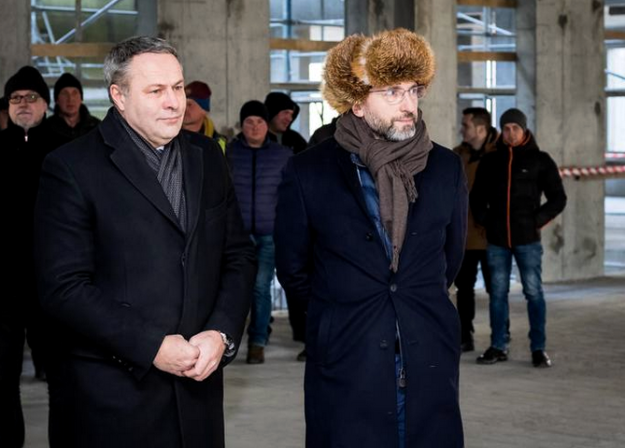 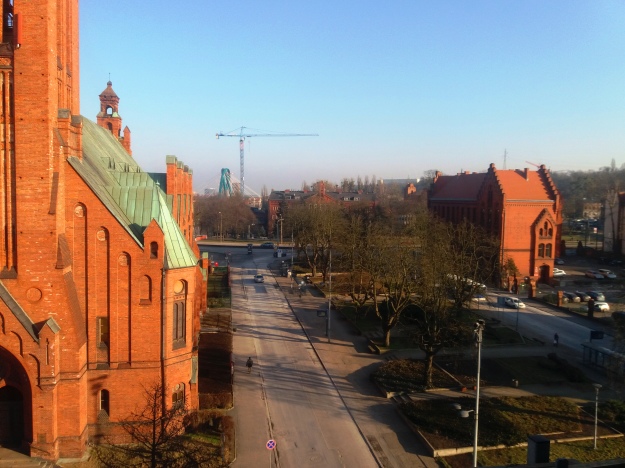 “I am most pleased with private investments which change the city to a very large extent. This is a beautiful building – at the last session of the city council I had to defend its architecture relentlessly. I did it being fully convinced – I know president Rafał Jerzy and I know that he will take care of every detail. This is one of the investments which will alter this part of the City Centre – in spring we are starting works that will change Kujawska Street and Zbożowy Marketplace, Kościeleckich Square, Old Market Square or Kameralny Theatre. This investment encouraged us to make the surroundings of this part of the city be as beautiful as possible” – said Bruski.

Summer this year is the declared deadline for completion of the investment. It was mentioned that companies from the insurance, finance, IT or BPO/SSC (shared services sector) promoted in Bydgoszcz would become its future tenants. New jobs and service points will revive this part of the city and will attract people into the region of the Old Market Square. 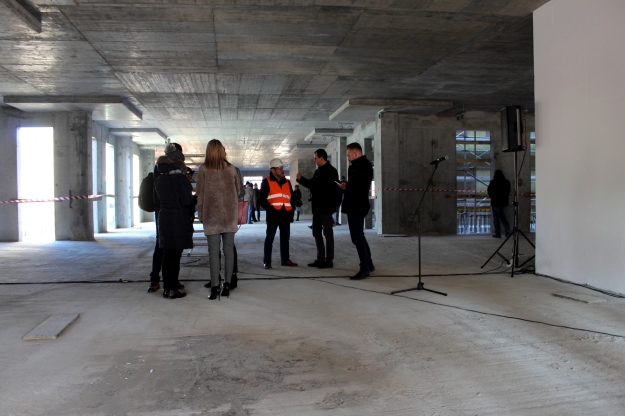 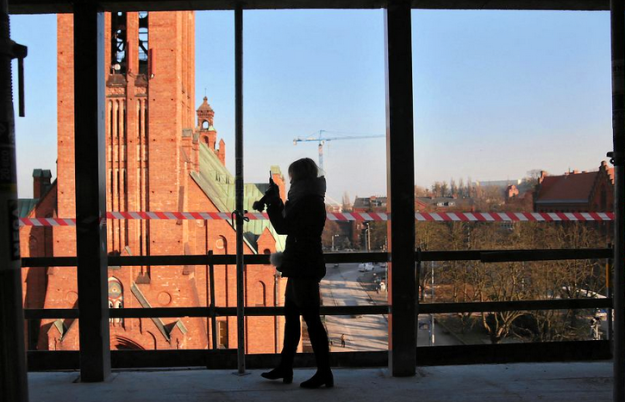 The topping out ceremony is a building tradition, organised after completion of works connected with construction of a building. A perch is most often fixed on the highest element of a building, and its appearance traditionally has a form of decorative wreath or tree of flowers, grasses and branches. The wreath was pulled up to the top of the building by site manager Stanisław Korabiak and contract manager Jarosław Sach. After the formal part, guests who gathered together were treated. On the occasion of Fat Thursday there were also donuts. The ceremonies were held on the first storey of the IMMOBILE K3 office building. 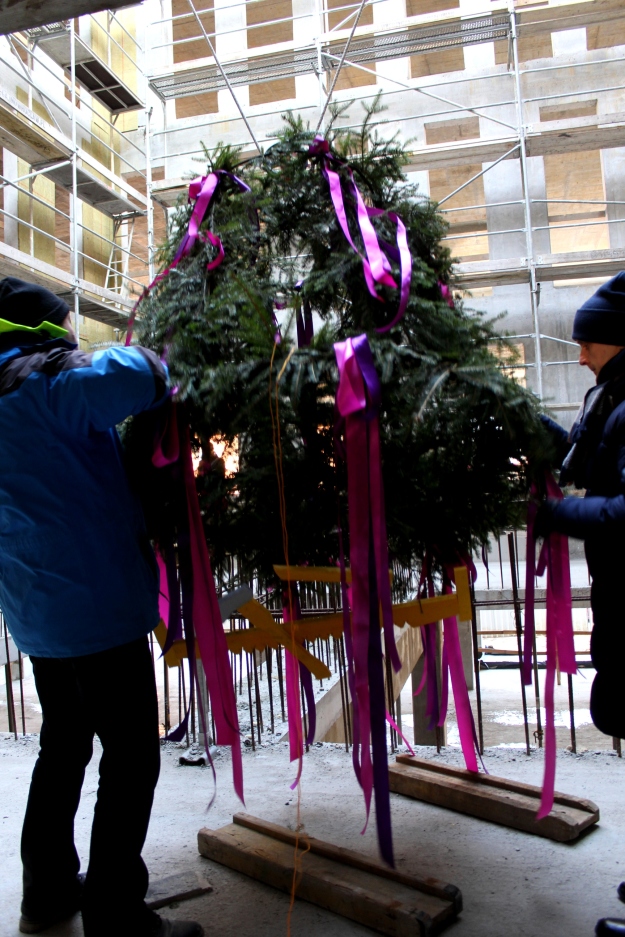 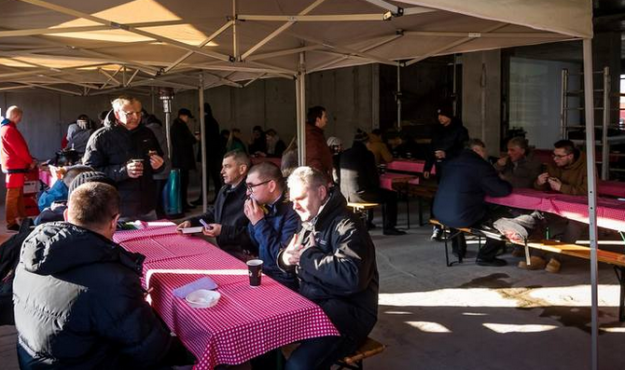