The Książęca Street conference with GK IMMOBILE and PROJPRZEM MAKRUM 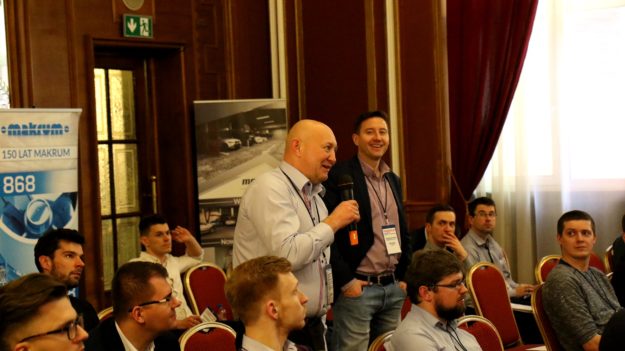 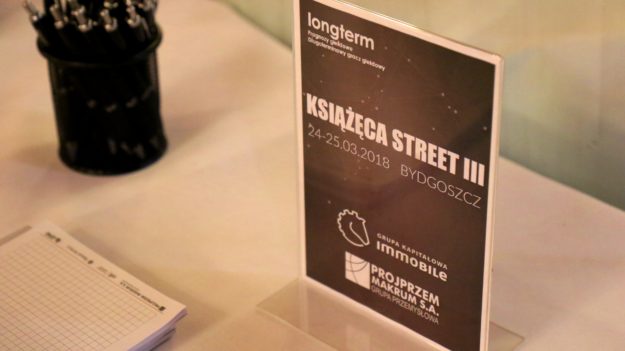 Książęca Street is a series of conferences disseminating knowledge about investing and its speakers are experienced market practitioners. The event is mainly directed to those who want to broaden their knowledge about the market and the companies listed on the stock exchange. It is an excellent space for meetings and exchange of experiences.

The third edition of the meeting began on Saturday after 9:00, with registration of participants. The lecture block started an hour later with Albert Rokicki’s lecture “What prospects for the stock market by the end of the year and a summary of the investment portfolio”. Next, presentations of the Presidents of the companies PKBM and Brand took place, after which the participants joint a dinner. 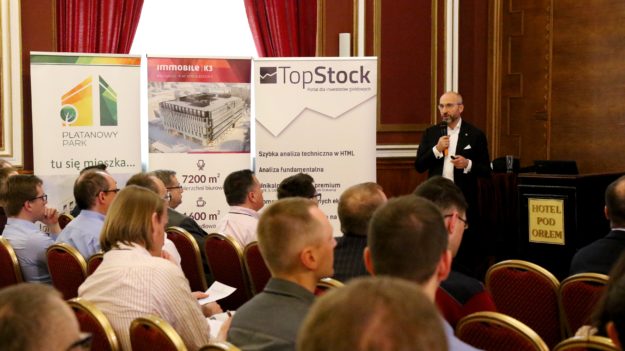 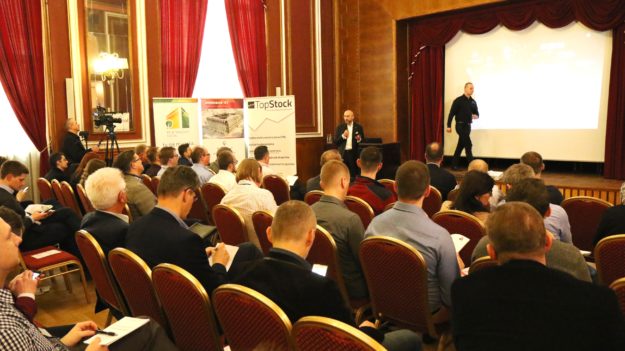 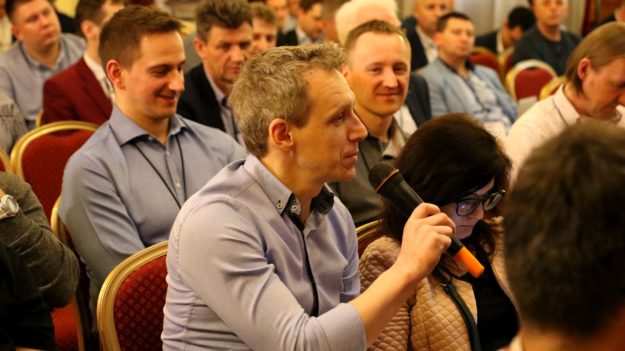 The afternoon lecture block was opened by the President of the Board of Grupa Kapitałowa IMMOBILE, Rafał Jerzy, who talked about his approach to running a business, introduced the functioning of the company and its capital group and presented the main assumptions of the IMMOBILE strategy for the coming years. The speech ended with a series of questions from the conference guests, which after exceeding the set time, were continued backstage. 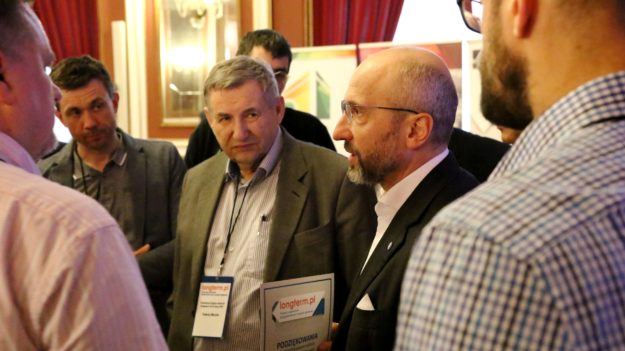 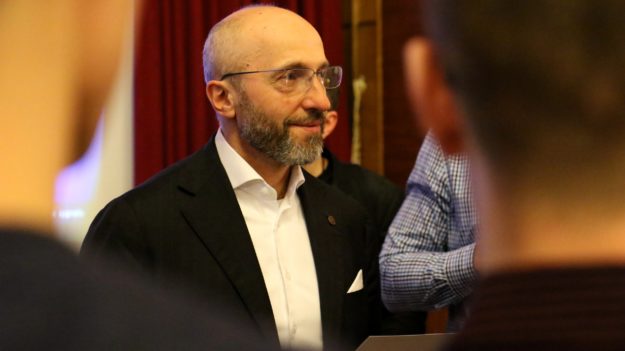 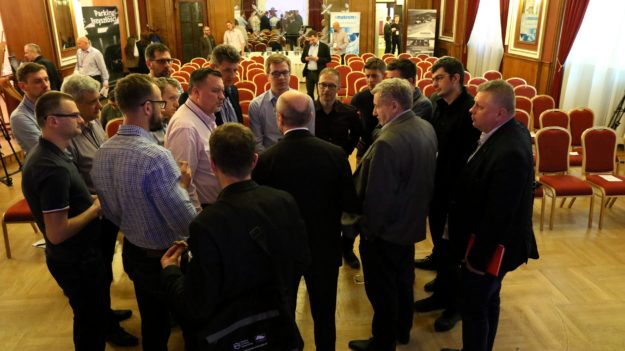 Among the Saturday speakers were also PhD Jacek Welc, who told the audience about ‘creative accounting’ and Dorota Sierakowska (DM BOŚ) with a lecture about the raw materials market. 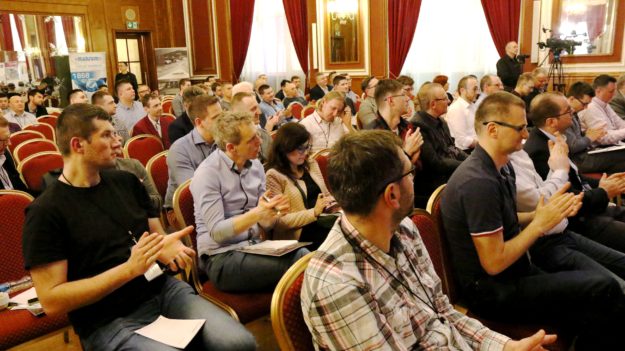 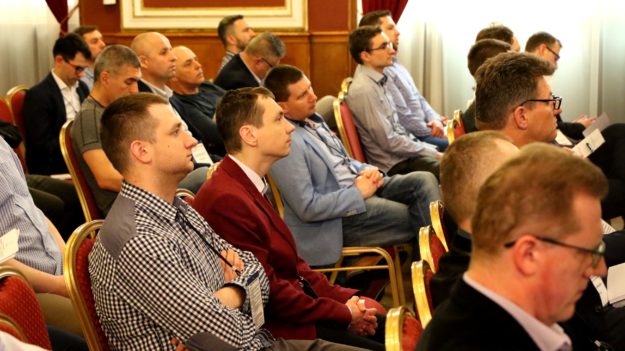 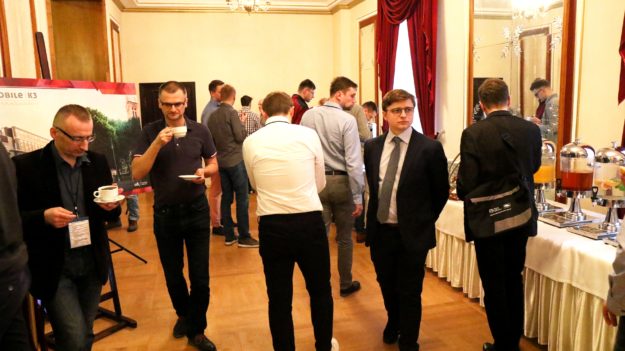 The first day of the conference ended with a joint supper, prolonging for many guests until late at night, due to endless discussions about investing, the economy or the capital market. Nevertheless, on the second day of the conference, a large group of guests came on time on Sunday mornings tour of Bydgoszcz, to which the IMMOBILE Group invited the participants of the conference. 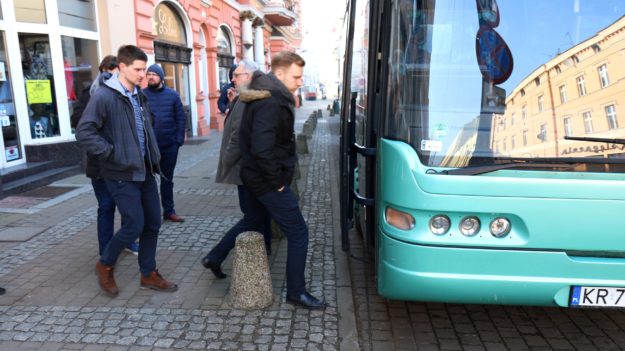 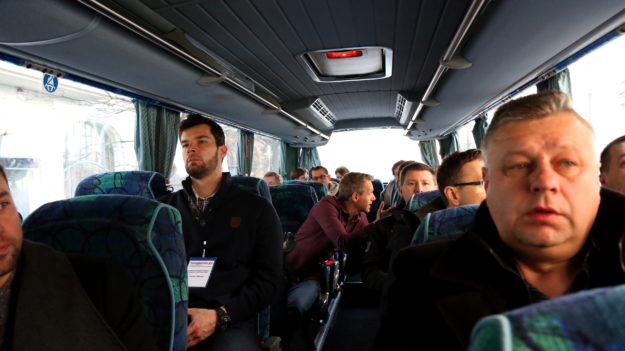 On Sunday at 9:00, a bus with investors set off from the Hotel Pod Orłem. Along the way, we showed them company’s most important assets and investments. We saw zero and first stage of the Platanowy Park investment, the Faktoria Retail Park and the office building of Projprzem, which will be converted into a hotel facility soon. 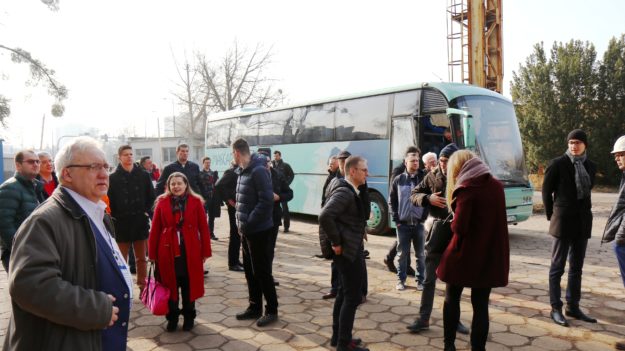 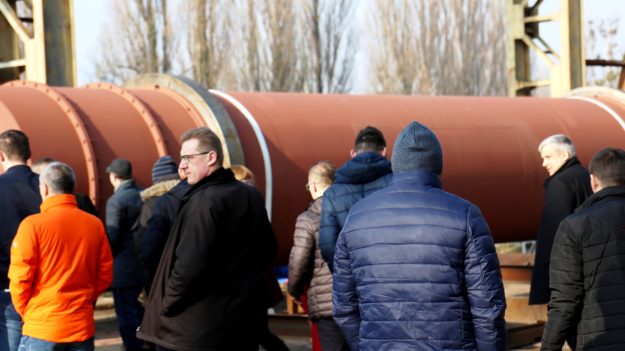 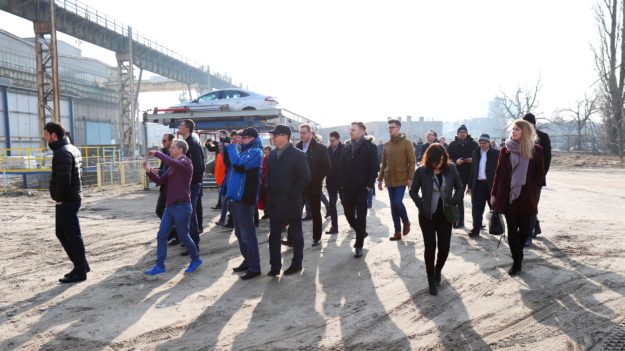 The tour also stopped at the Makrum factory, where the guests took a look at the production hall and current implementations of the crushing&grinding machines inside. On the premises of the factory, they could also see several models of MODULO automatic parking systems, the launch of which always arouses great interest. 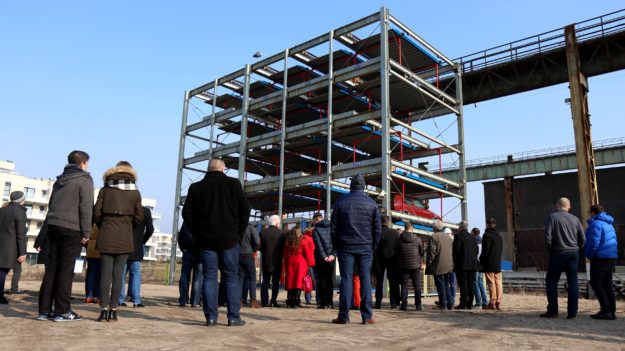 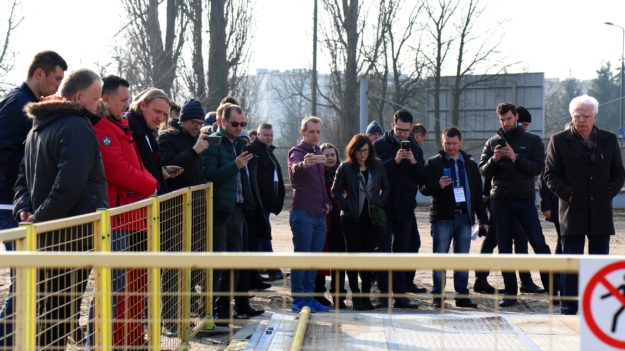 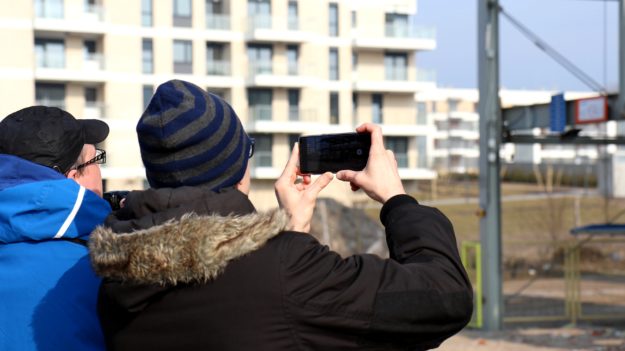 The last point of the tour around the Group’s investments was the office building IMMOBILE K3, located in the heart of the city. From the last floor of the building, guests admired the view of the Bydgoszcz’ old town and listened to interesting facts about the construction of the building and the archaeological works preceding it. 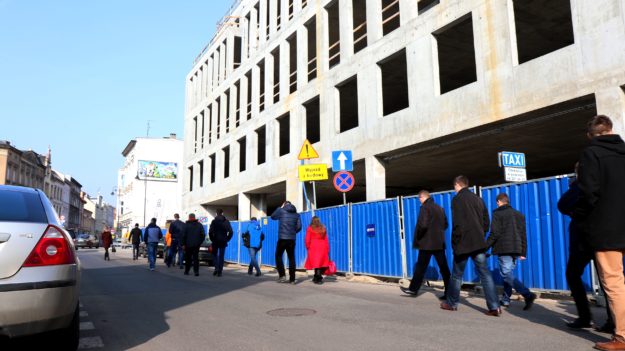 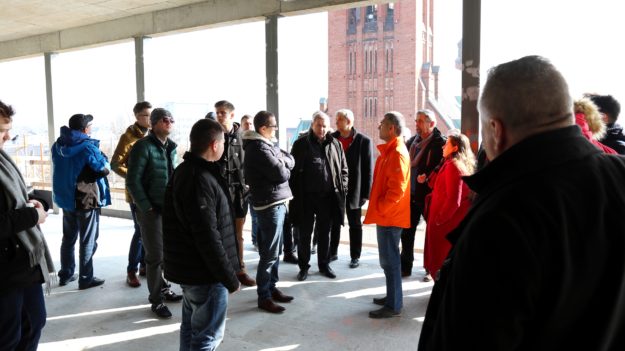 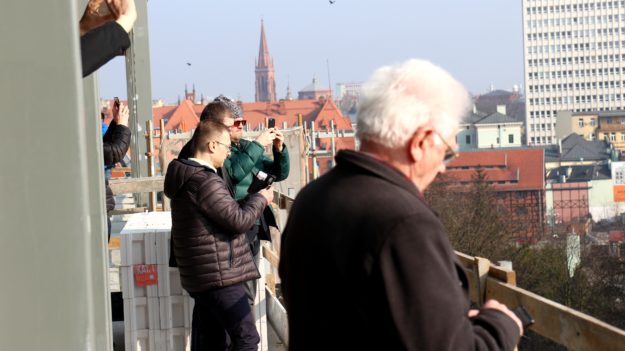 Straight from the trip, guests attended the morning block of lectures initiated by Kamil Gemra with a lecture about investments on the Catalyst market. 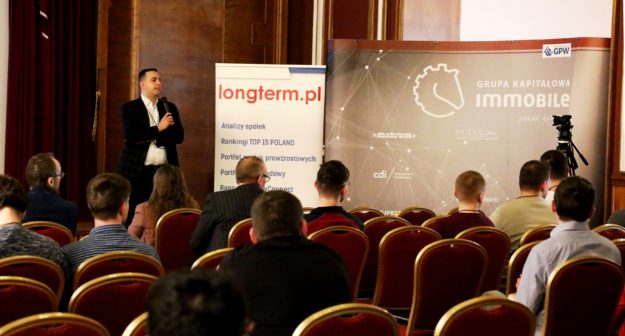 After that, the President of the Board of PROJPRZEM MAKRUM S.A., Piotr Szczeblewski took the floor, introducing the products and strategy of the Industrial Group, whose shares increased over 97% last year. Also this lecture caused a lot of interest from the gathered. Most of questions concerned the most innovative branch of the company’s activity – MODULO parking systems. 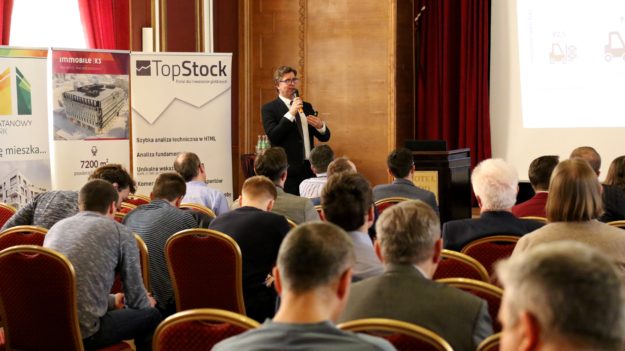 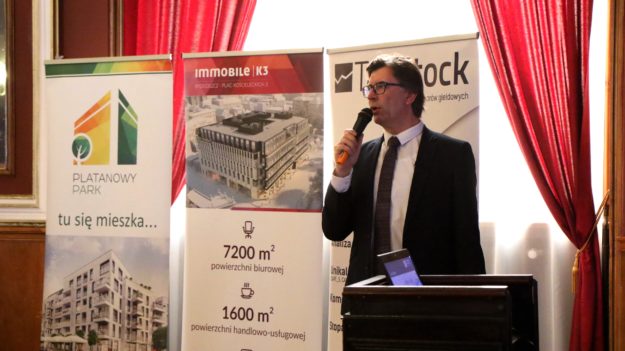 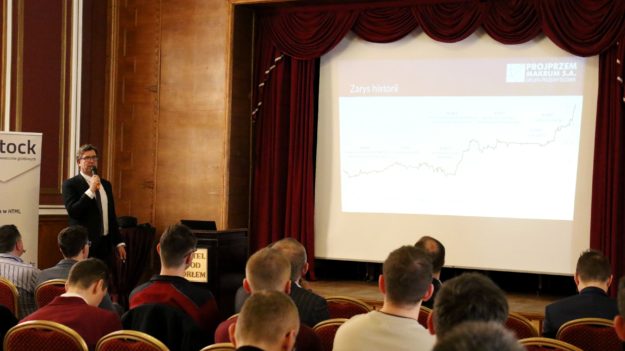 Then Radosław Chodkowski appeared with a lecture “Overview of companies from TOP 15 Poland”. The conference was closed by Andrzej Gonet and Mirosław Adamczyk talking about futures contracts. 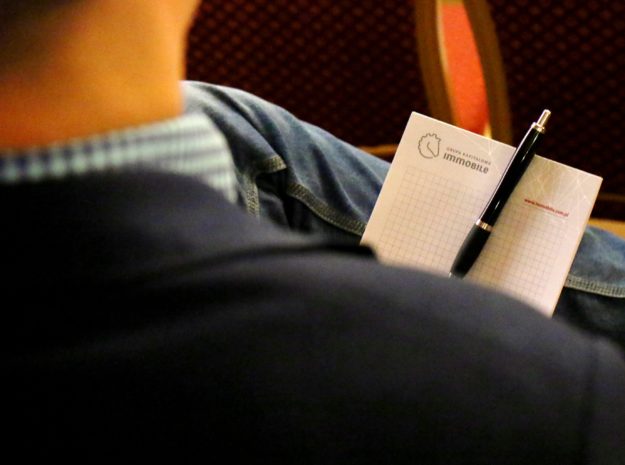 The initiator of the meetings was Albert Rokicki, a long-term investor and author of independent stock market forecasts and analyses. Since 2006 he has authored the most popular in Poland blog on investment, Longterm.pl. His motto is “to educate the Polish society on stock market investment and attract foreign capital to Poland”, which is manifested, i.e. by the organisation of the Książęca Street conference. The first edition of the event took place last year in the offices of the Warsaw Stock Exchange, hence the name of the series, “Książęca Street”.

So far, the meetings of this cycle have gathered an impressive number of participants – it was no different during this edition. More than 100 individual investors, enthusiasts of the capital market and readers of the Longterm.pl blog have met in the Hotel Pod Orłem in Bydgoszcz. We hope that these two days of intensive education and exchange of opinions will be fruitful for them, and will result in the most accurate investment decisions.