We invite you to the report on the construction of the first stage of the Rabatki housing estate. Two buildings with 130 apartments are being built here. Rabatki is the third housing project of the leader of the development segment of Grupa Kapitałowa IMMOBILE – CDI. Its distinguishing feature is the charming location on the Bydgoszcz Canal and the richness of greenery and plant accents, which is already indicated by the name of this investment. 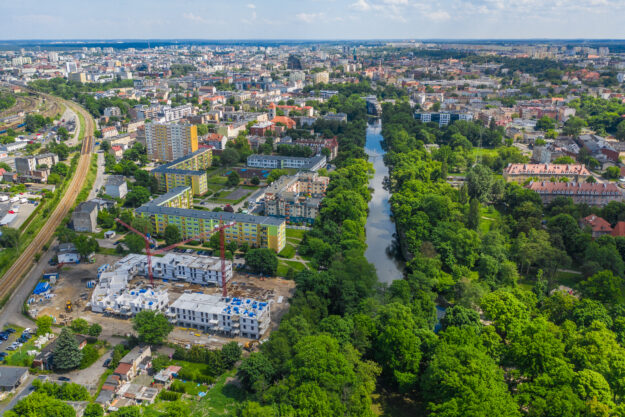 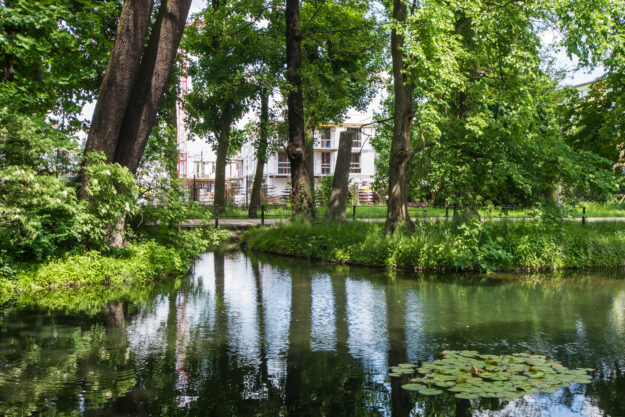 The Rabatki investment is being implemented by Czarna Droga in Okole district. Directly next to the buildings there is the Old Bydgoszcz Canal and the 5th Lock, which was created together with the Canal. In the investment site, in the 1960s and 1970s, chrysanthemums and roses were grown and this is where the project got its name from. The developer’s plans include several multi-family buildings. Currently, the first stage with two facilities is being implemented. 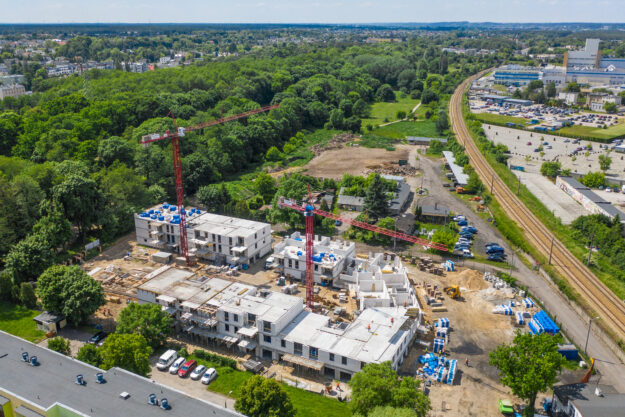 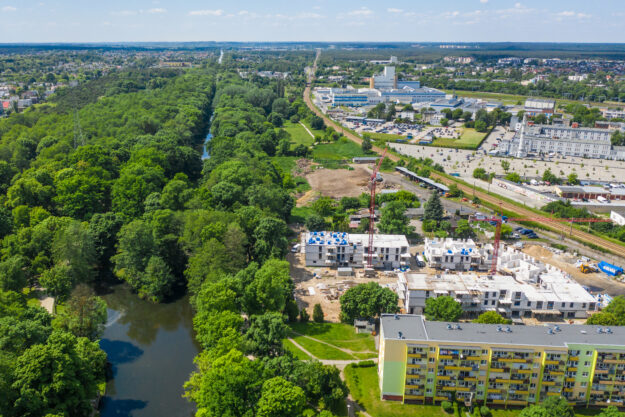 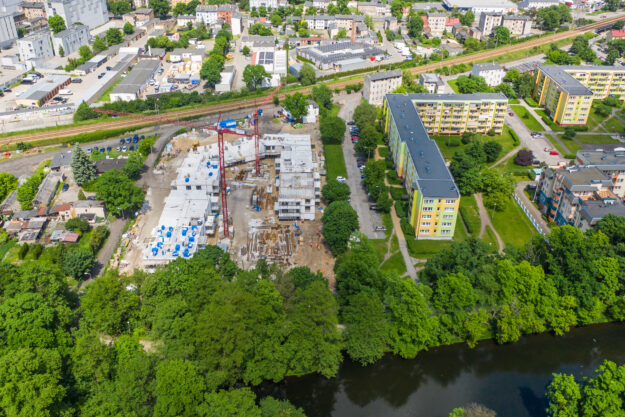 In buildings A and B of the first stage of the Rabatki estate, 130 apartments with an area of about 35 to 96 m2 are being built. There will be 95 apartments in the bigger one (building A) and 35 apartments in the smaller one. The buildings are located so as to “open” them to nearby water. Each facility will have six floors. Individual garages are planned on the ground floor, and apartments above. 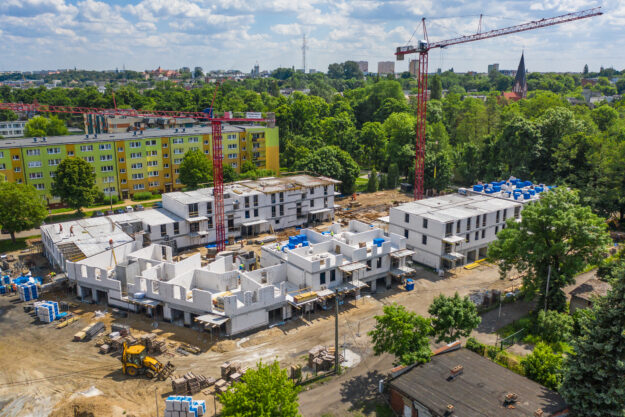 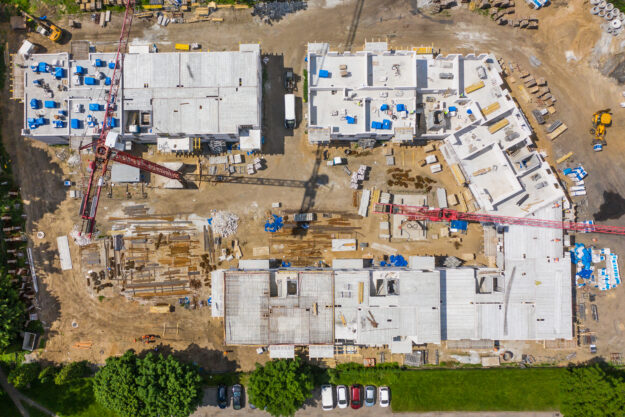 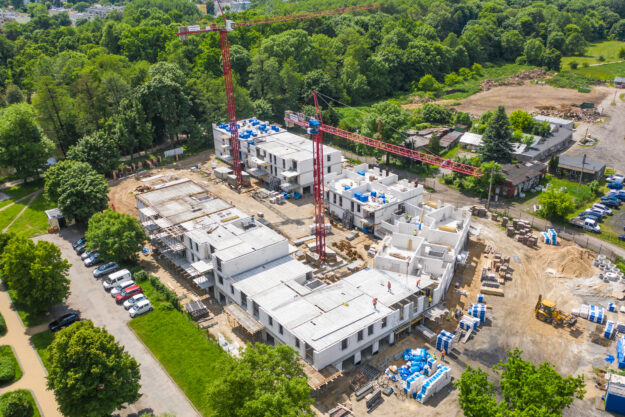 The façade of the buildings will be made of brick cladding and will be supplemented with green vines. The buildings will form a U-shaped layout. The inner courtyard will be fully developed with green. Among others, hydrangeas, roses and daylilies will be planted there. The area will be provided with automatic irrigation. The greenery is to be the hallmark of the investment and an element connecting it with the park on the Old Bydgoszcz Canal. Plant elements will also appear in the finishing of staircases. 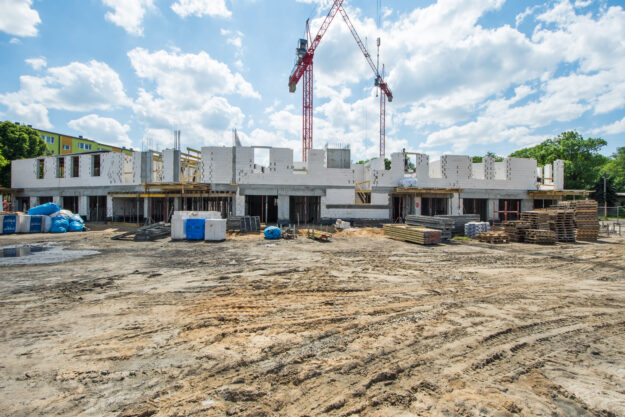 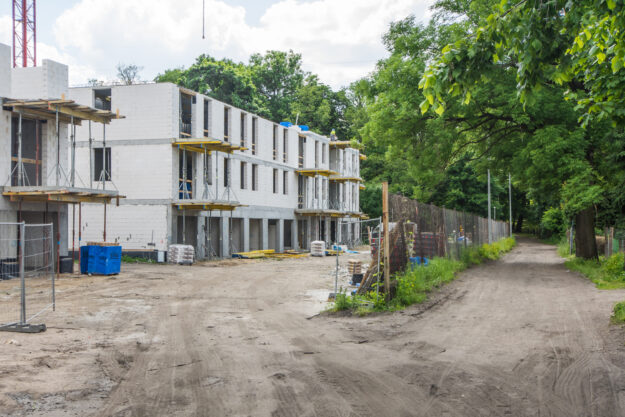 Osiedle Rabatki is an investment carried out by CDI Konsultanci Budowlani, a developer from Bydgoszcz. It is the third residential project in Bydgoszcz. Since 2014, the construction of other buildings of the Platanowy Park estate in the Osiedle Leśne has been underway, and since 2018, the Osiedle Uniwersyteckie estate near the University of Technology and Life Sciences.

We also invite you to watch the video presenting the estate at a slightly earlier stage of works, at the beginning of this month: