Last week, the construction of the second stage of Osiedle Uniwersyteckie, another large development project of Grupa Kapitałowa IMMOBILE conducted under the wings of the development company CDI, officially completed. The moment was crowned with the traditional topping out ceremony, which, due to the applicable restrictions, took place in a more modest form than before. 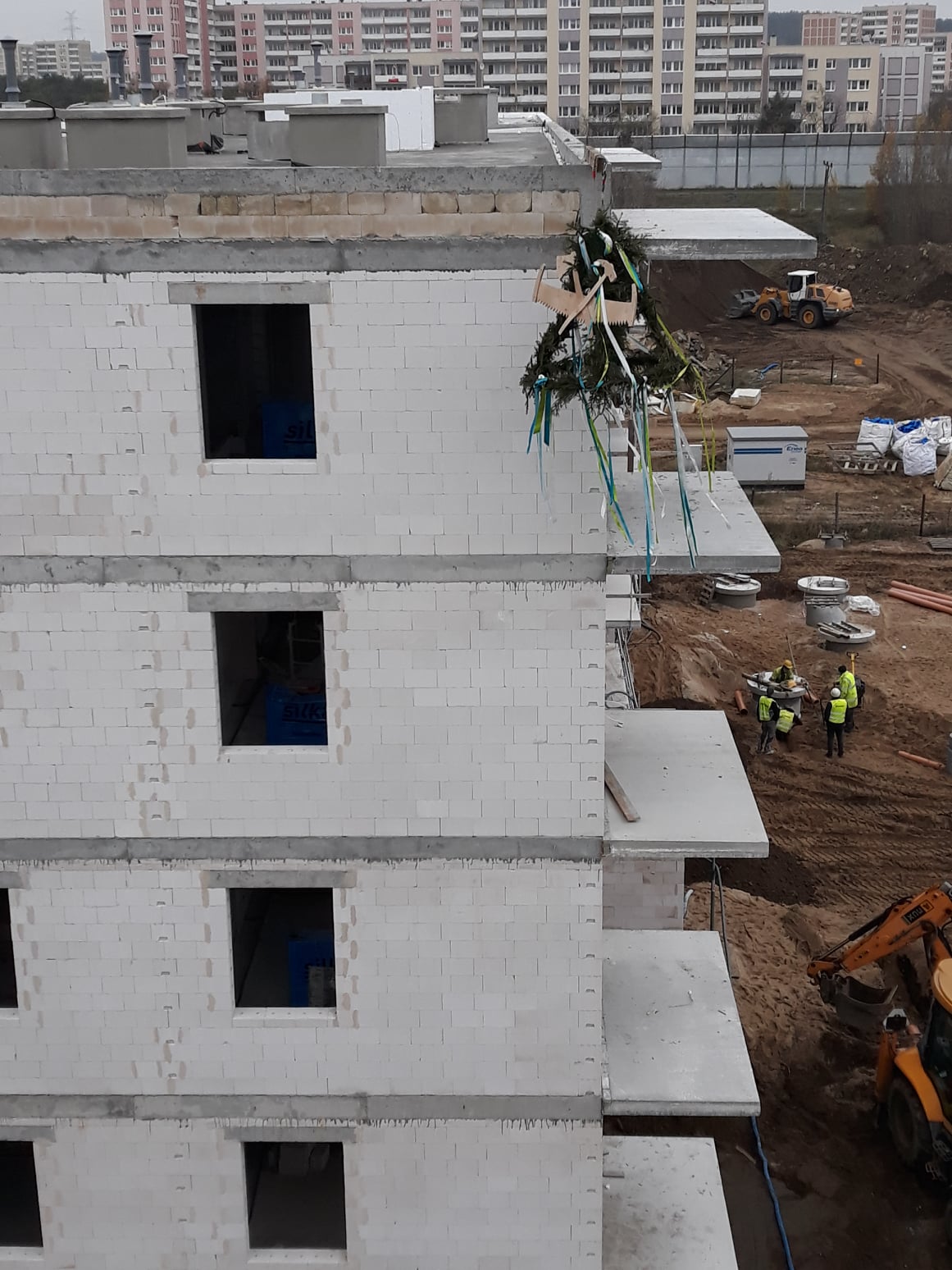 Although not as loud as always, but the tradition has been fulfilled – the topping out at the second stage of Osiedle Uniwersyteckie is behind us. A decorative wreath of branches and ribbons hangs symbolically on top of one of the newly built buildings. And this means one thing: the construction of buildings is finished and the time has come for installation and finishing works. 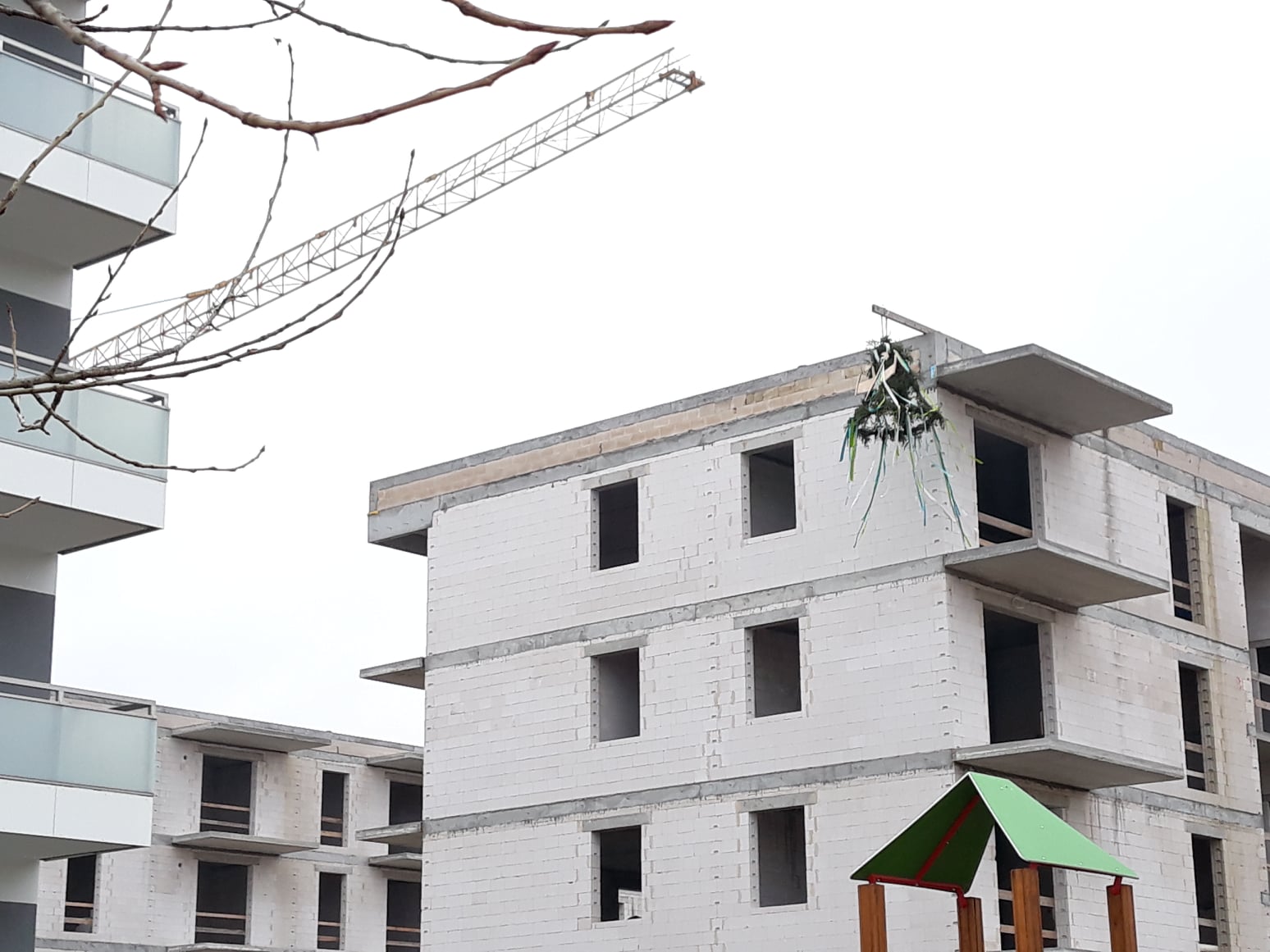 The topping out ceremony is a construction tradition, organized after the completion of work related to the construction of the facility. The panicle is usually mounted on the highest element of the building, and its appearance is traditionally in the form of a decorative wreath or tree made of flowers, grasses and branches. This opportunity on development investments of the IMMOBILE Group was always used for a grand celebration, at which the team employed in the construction of buildings, employees of the Group companies, architects, representatives of suppliers and other people who contributed to the success of the construction celebrated. Unfortunately, this year, due to the prevailing situation, the celebration was kept to a minimum. However, we hope that at the next stage, we will meet again in a larger group! 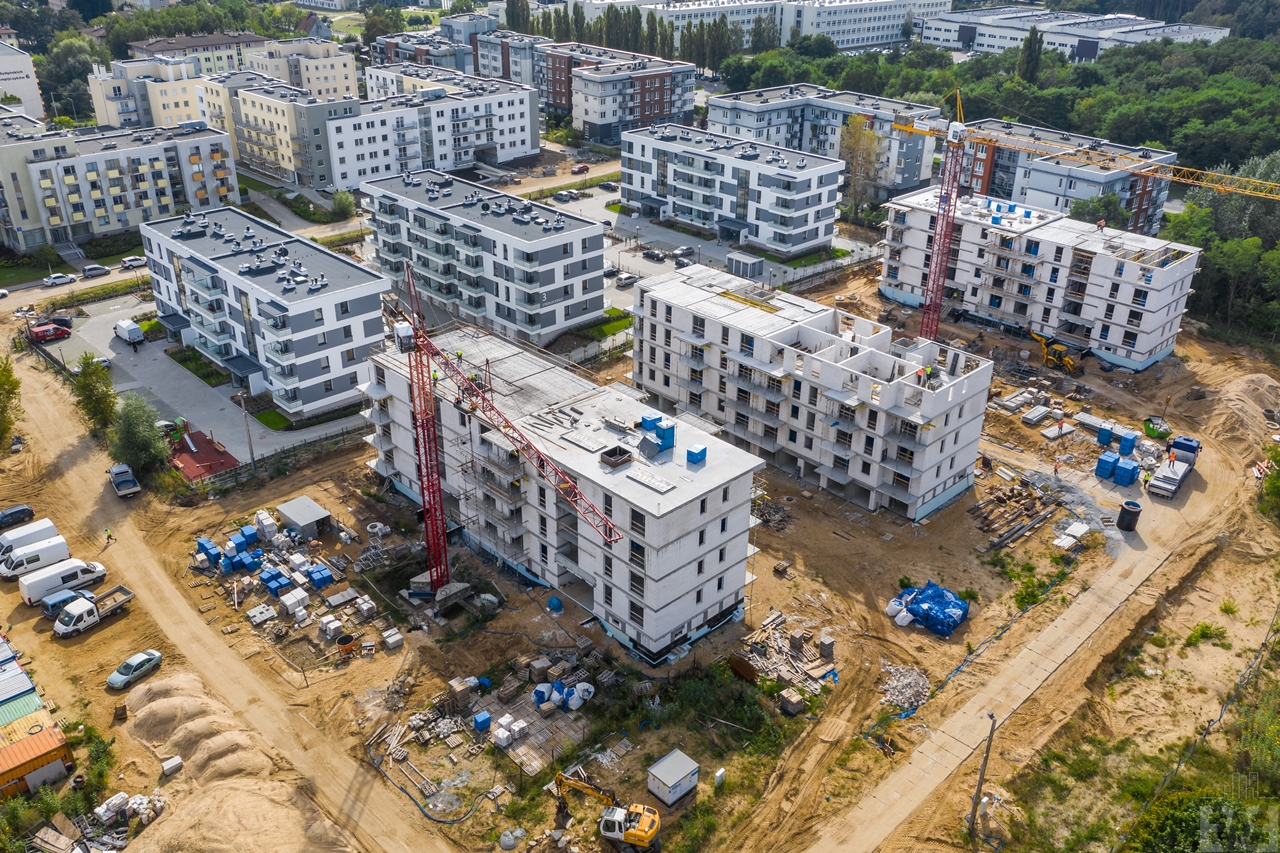 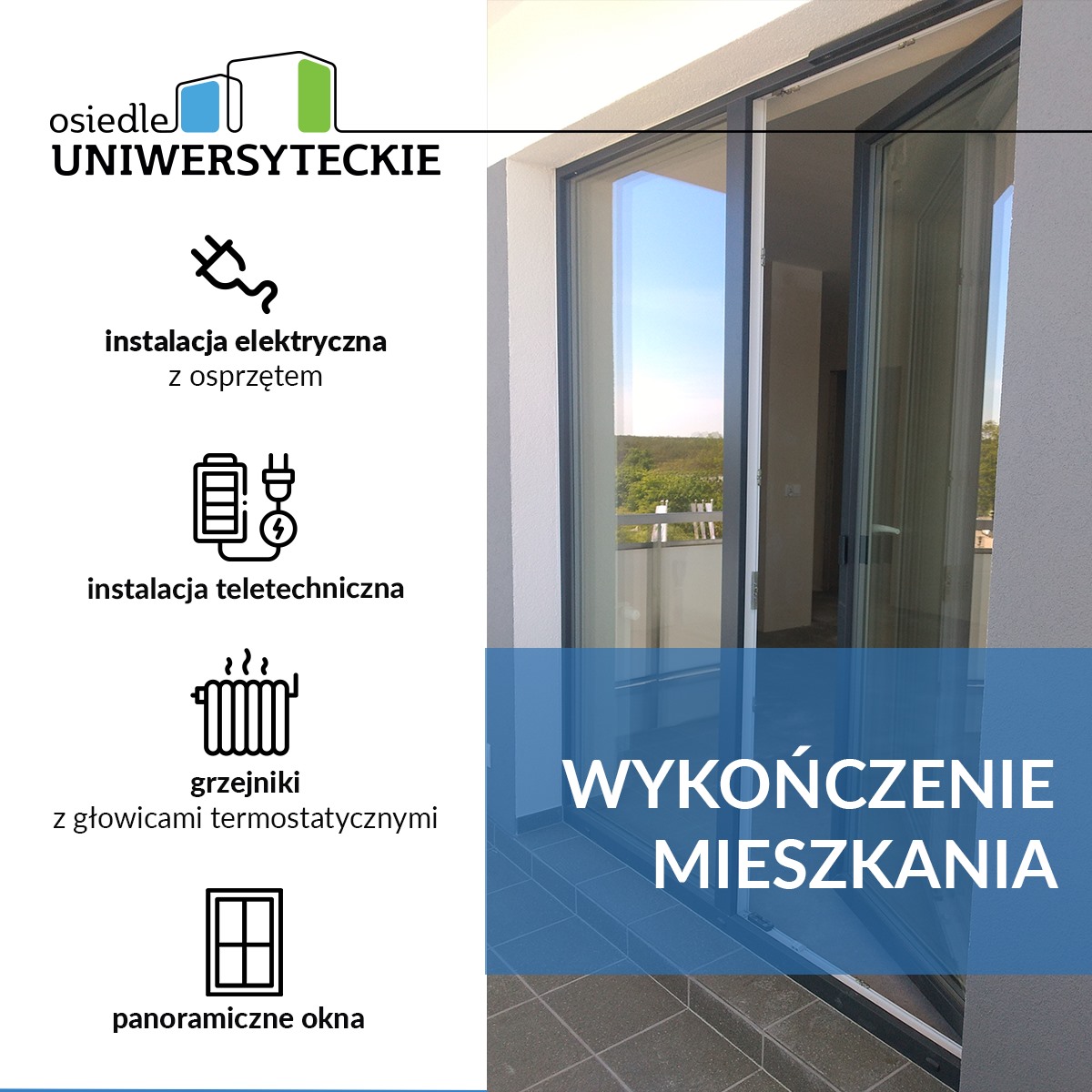