News from the construction of the Osiedle Uniwersyteckie (video)

We invite you to watch the film documenting the progress in the construction of the second stage of Osiedle Uniwersyteckie, one of the development projects of Grupa Kapitałowa IMMOBILE, carried out under the wings of our development company CDI. The works were discussed by the construction manager, Jakub Bryliński.

The film shows the progress made in the construction of the 2nd stage of the estate since March, when the construction manager for the last time documented its progress. In the latest recording, he presented exterior, road and interior works. Currently, all buildings have completed facades and installed doors. Most balconies have balustrades, balcony slab insulation and terrace tiles. Wool and plasterboard wall cladding and floor tiles were laid in the staircase. Lifts and doors in the basement were also installed, and garage boxes were equipped with entrance gates. Road works are also underway around the new buildings – curbs have been laid, soil stabilization has been carried out and the aggregate that constitutes the road structure is being laid. 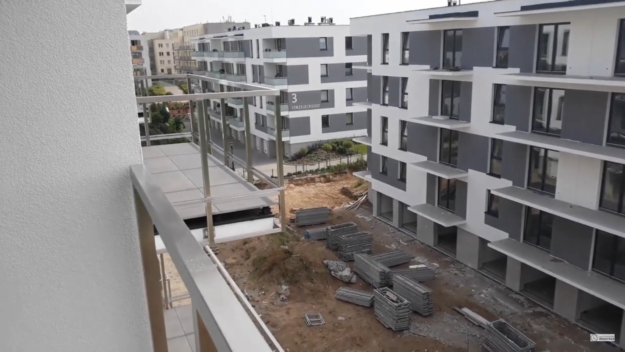 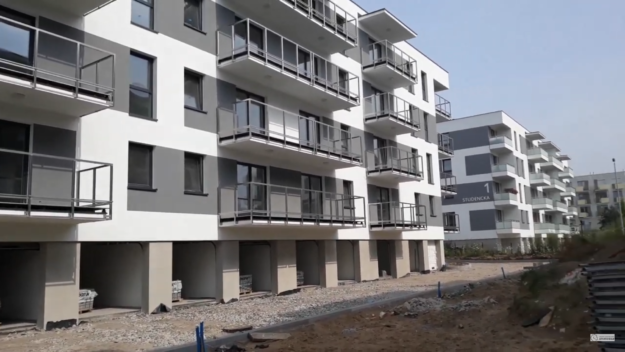 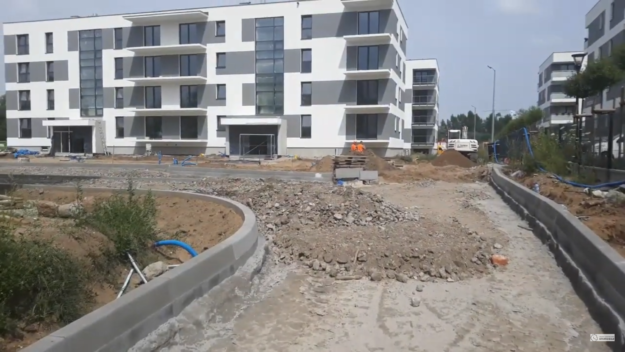 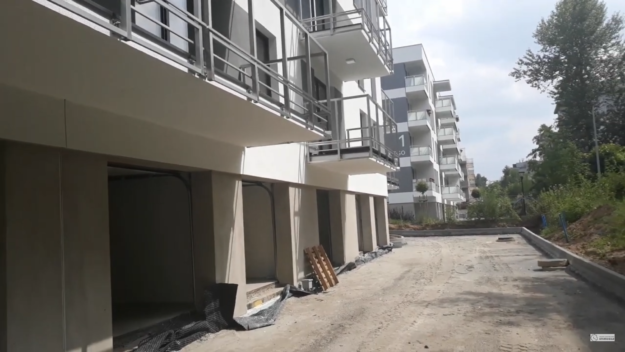 The construction of the first stage, consisting of three buildings with 108 flats, took two years and was completed in June 2020. Ultimately, fifteen multi-family buildings will be built here. Each of the buildings will have five floors, including four residential (above-ground) and one partially underground. On the lowest one, individual garages are planned on one side of the building, and storage rooms on the other.