Green ranking of estates of the IMMO Foundation

The IMMO Foundation, which belongs to the IMMOBILE Group, has prepared a ranking of the Bydgoszcz’ districts that are most involved in their activities. Who is most for a new greenery in the city? We present a list of districts that were enriched with trees planted together with the Foundation last year. 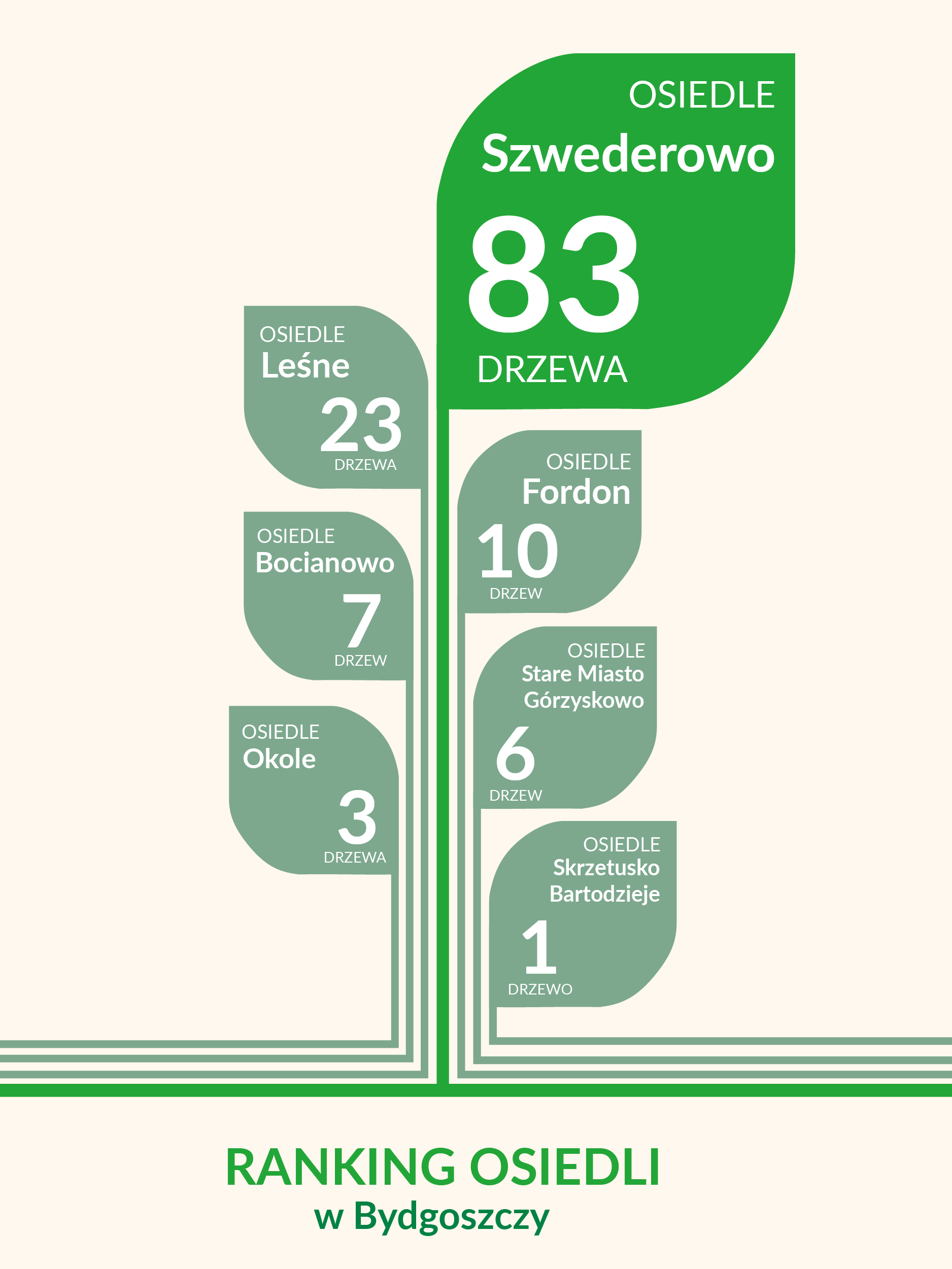 – It turns out that the inhabitants of the Bydgoszcz Szwederowo district reign in the number of new plantings. In 2020, we jointly planted 83 trees! – says Maria Loskot from the Immo Foundation. – We conducted the first action in the area of Secondary School No. 2. The initiator of the greening of the school pitch was the English teacher Jagna Skopowska, with whom we had already planted 5 trees in Górzyskowo. The second event took place opposite the school – at the intersection of Nowodrowska and Ugory Streets. Together with the chairman of the Housing Estate Council, Mirosław Korniluk, we designed and planted 26 trees and 177 shrubs. Among the selected species there are ornamental apple trees and cherries, maples, rowans, hymen, thujas, hydrangeas, hydrangeas and other plants adapted to urban conditions.

The second place in the green ranking was occupied by Osiedle Leśne with 23 linden trees, which completed the alley at Lelewela Street. Fordon took the third place with 10 rowan trees. Further places are followed by: Bocianowo, Górzyskowo, Stare Miasto, Okole, Skrzetusko and Bartodzieje Małe.

We encourage everyone who wants their estate to take first place in the next ranking to consider where, together with the Foundation, new trees can be planted. In line with the foundation’s intention, the initiators and owners of the areas do not bear any financial costs, and the plants are funded by Grupa Kapitałowa IMMOBILE.