On Thursday, August 8, the construction of two buildings of the 2nd stage of the Platanowy Park, the leading development project of Grupa Kapitałowa IMMOBILE, carried out by development company CDI Konsultanci Budowlani, officially finished. This moment was crowned with a traditional topping out ceremony. 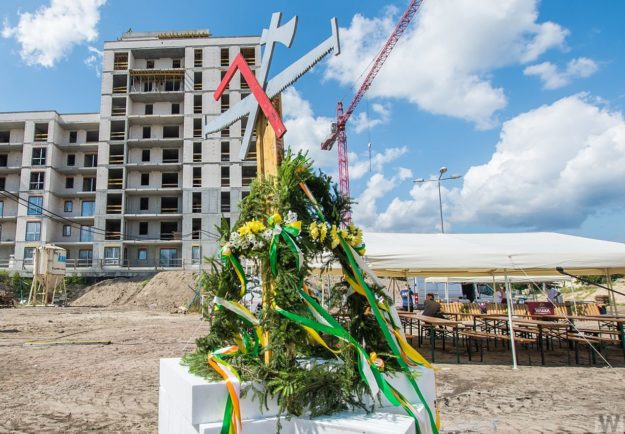 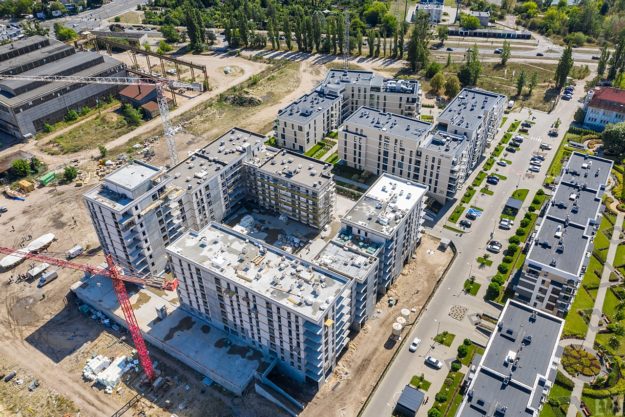 The largest modern housing estate in Bydgoszcz is being built on the ‘Osiedle Leśne’, on a plot of over 10 hectares, the old location of the Makrum factory. So far, we have built 292 apartments and 25 commercial premises here. New buildings of the second stage have just joined this pool: located at ul. Leśna 24 with 100 apartments, and located at ul. Leśna 26 with 95 apartments. In addition, this stage offers 5 commercial premises. 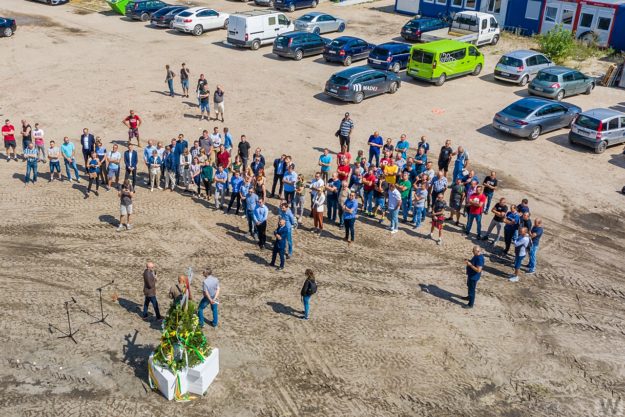 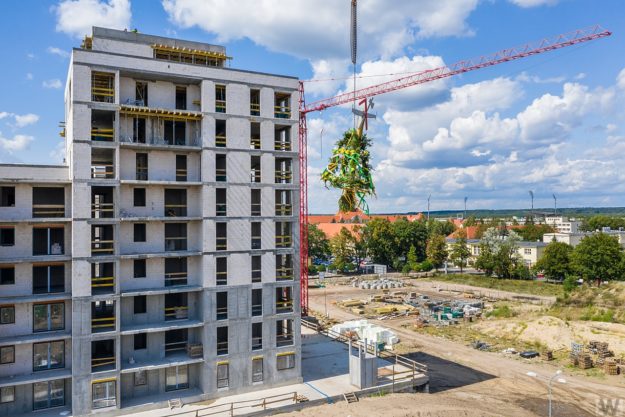 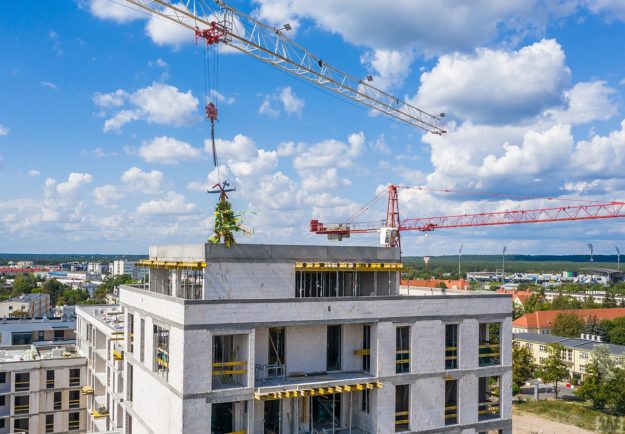 A decorative wreath of branches and ribbons hung during a traditional topping out ceremony symbolically at the highest point of the buildings. A large group of people gathered at the ceremony, consisting of builders and inspectors working on the investment, representatives of suppliers, design office, employees of the IMMOBILE Group as well as journalists. Among the guests were: architect Karol Fiedor, standing at the head of the CDF Architekci, the author of the Platanowy Park’ project, and the well-known Bydgoszcz tailor Karol Włodarski, who is the ambassador of the Platanowy Park, and also a happy resident of one of the apartments of the previous stage of the investment. The President of the IMMOBILE Group Rafał Jerzy and the head of the investment Wojciech Puławski, representing CDI Konsultanci Budowlani, took the floor in short speeches, thanking for the involvement in the work of all the people who contributed to the success and efficient implementation of the next stage of this investment. 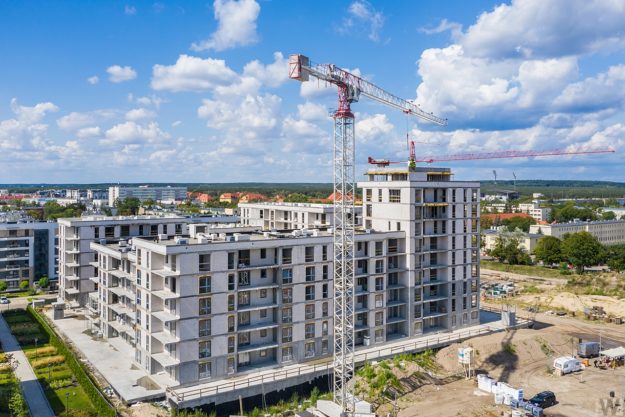 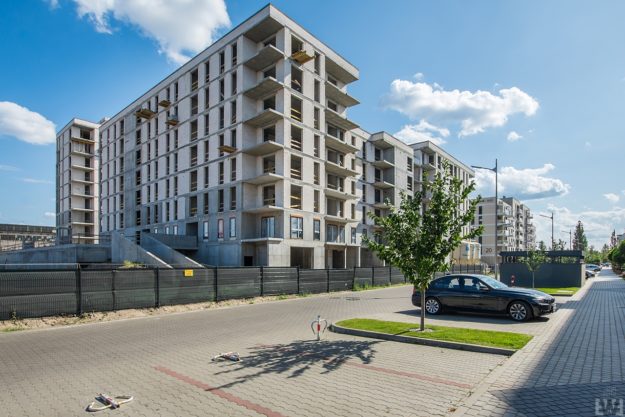 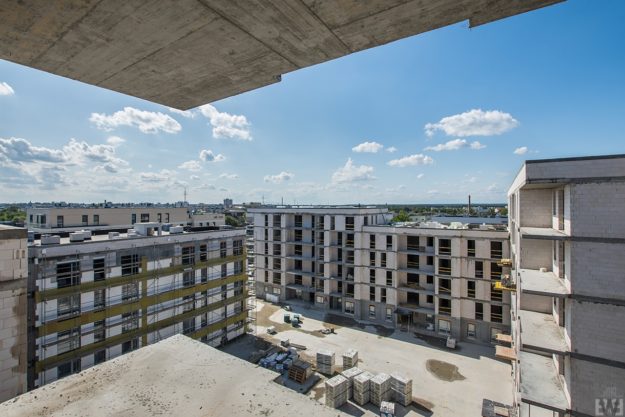 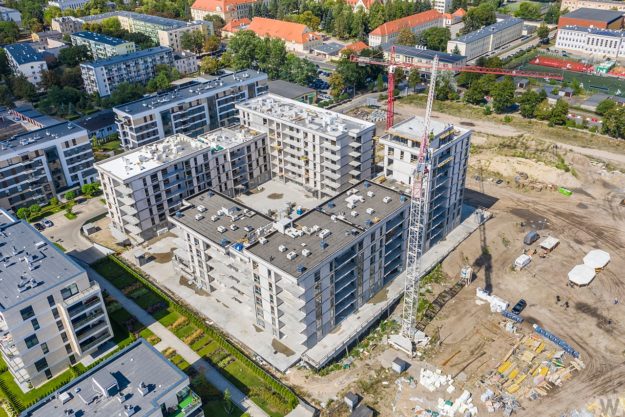 The car park located under the buildings of Stage II of the Platanowy Park made a great impression on the gathered guests. Its design is particularly interesting because the idea of traditional garage hall or a two-level parking lot was abandoned there in favor of an impressive size of the hall, where parking will be largely done with the help of modern, automatic parking systems. The devices will be provided by the MODULO Parking company, which is part of the industrial segment of the IMMOBILE Group. Various types of systems will be used, among others: ‘Platforms’ independent systems, in which the platform will move on two levels, enabling collision-free travel of vehicles parked on both platforms; ‘Lift & Slide’ systems transporting vehicles vertically and horizontally to increase parking space; and ‘Scissor’ dependent systems, which are the best choice for families with more than one car. Their installation will start in autumn. A total of 217 parking spaces will be built in the hall. 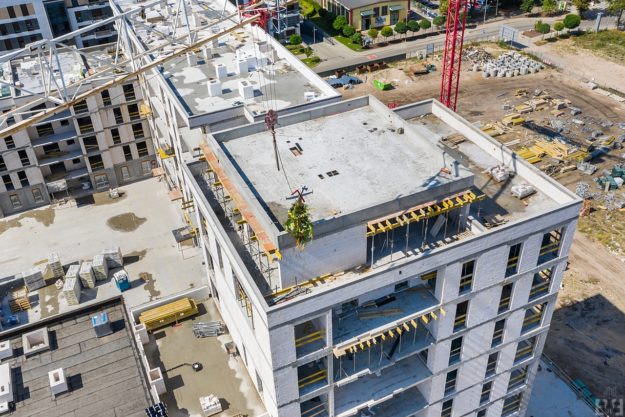 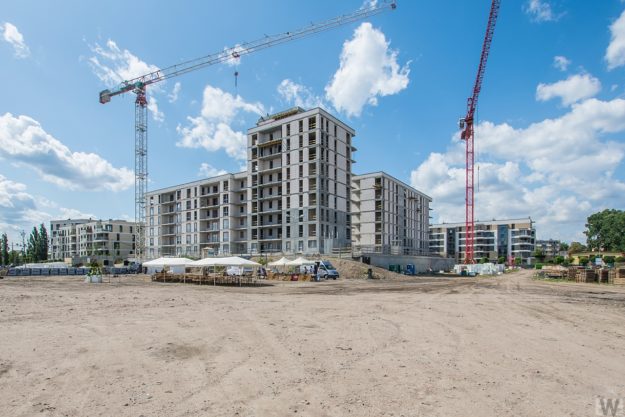 The topping out ceremony is a construction tradition, organized after the completion of works related to the construction of the object. The panicle is usually mounted on the highest element of the building, and its appearance is traditionally in the form of a decorative wreath or a tree of flowers, grasses and branches. A little more than a month ago, a similar ceremony took place at the first stage of the second major development project of the Group, Osiedle Uniwersytecki.

We traditionally thank Krystian Dobosz for beautiful photos of the investment. More photos from the ceremony can be found on the Bydgoszcz w Budowie blog.